Keep in mind that boundaries (this is based on NYPD precinct) and population density can skew this data somewhat, but overall it provides a decent picture of which New York City neighborhoods are possibly the safest to live in and travel through.

The darker the color, the more dangerous the neighborhood (i.e. the most murders per capita). All data is for the period of January 1 to October 31st, 2014.

Murders per Capita in The Bronx, New York City

The outer edges of The Bronx are the safest. 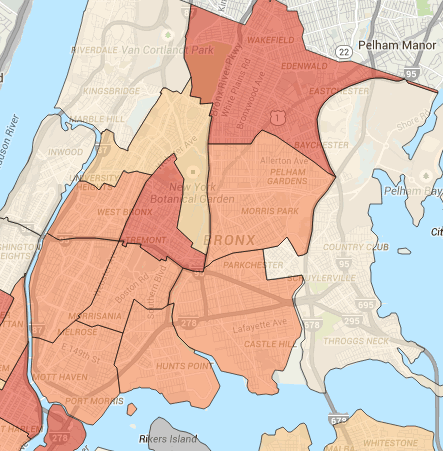 Parts of Harlem (northern tip of the island) are less safe than the rest of Manhattan. 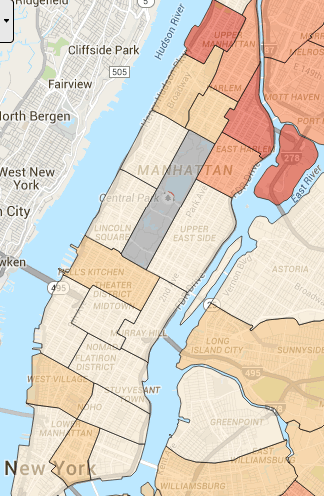 Jamaica and the edges of Brooklyn are less safe. 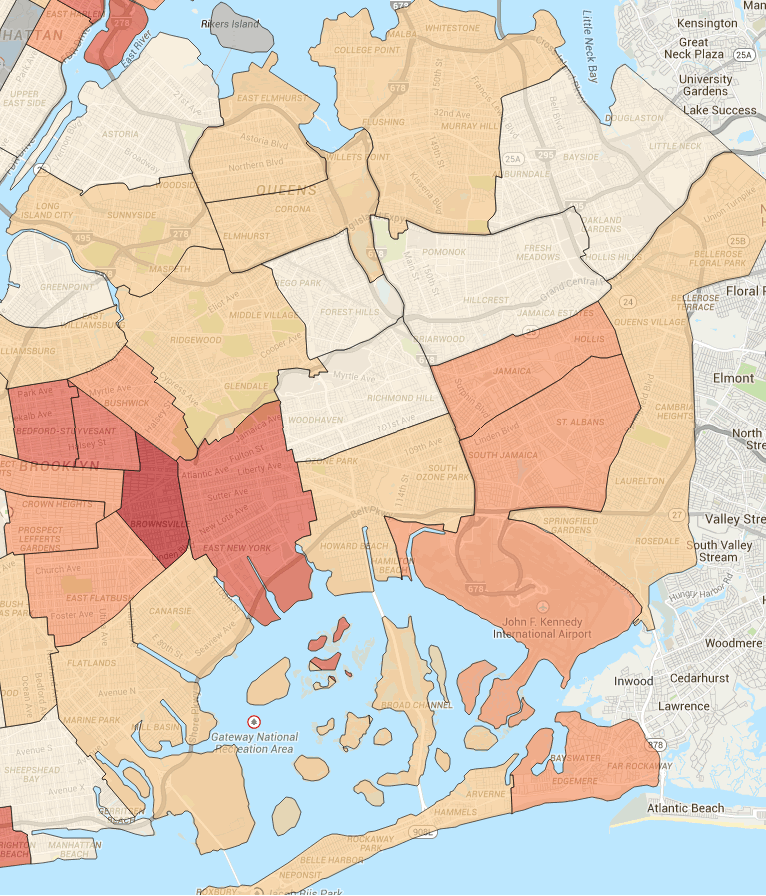 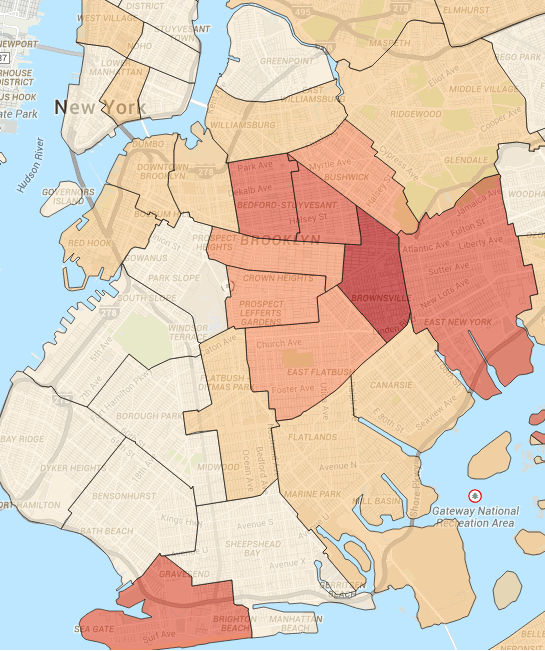 The northern tip of Staten Island is the least safe. 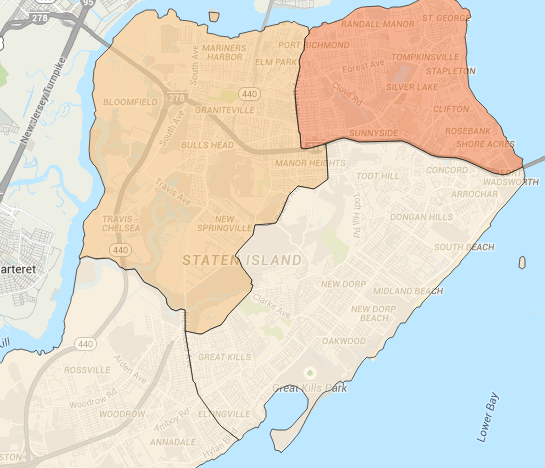 put together by the NYPD.